A new :dacapo: website with actual information and new projects is soon to come

Please find a detailed description here, as well as many articles and reviews

A far-fetched but indispensable music (hi)story

by Lou Simard and Ingo Ahmels

with live piano music by

The Senator for Culture, Bremen

What if Erik Satie were to visit the musical-culinary feast à deux of artist friends John Cage and Hans Otte from his eternal off-stage?

Because of the inner connection between piano music, sounds and silence, sensuous delights, composers, performers and audience,

a poetic atmosphere of silence, sound, scent, image and word would arise on-stage.

An unobtrusive, multi-layered new piece of music-theater recently came into the world, leaving its audience enchanted, delighted, and with food for thought after the premiere in Viséu and the sold-out Lisbon performance at the Goethe Institute Auditorium on 11/4/22.

The plot of this one-act play, published by :dacapo: and lasting just under 70 minutes, was penned by the authors Lou Simard (Canada) and Ingo Ahmels (Germany). It is based on an actual incident, captured in the double portrait of Hans Otte (1926-2007) and John Cage (1912-1992) from the fall of 1991 in New York. This photo is present onstage throughout the play.

One year before his death composer John Cage, the character "JC" in the play, invited his Bremen friend, the composer Hans Otte "HO," to a "banquet à deux" in Cage’s legendary loft on New York's 6th Avenue. Cage’s loft is represented onstage with only a few props: a fan, a Steinway grand piano, three piano benches, a pile of colorful maple leaves, and behind the Japanese paper screen, in the Cage kitchen, with bowls, chopsticks, teapot and teacups, as well as a plant along with a watering can.

Strange things are happening in the "Inner Landscape Kitchen", whose name is probably an allusion to Cage's piano composition "In a landscape" heard later in the piece. Clearly, the two pianists Joana Gama (Portugal) and Margaret Leng Tan (Singapore/New York) act with relish the roles of Hans Otte and John Cage respectively. This bold scenic assertion is made plausible by a mere exchange of shirts and, assuming the postures of Cage and Otte while standing in front of the photo.

The friends initially play beautiful-sounding piano pieces for each other on a whim, e.g. miniatures from Schoenberg's op.19 (1911) or Otte's Book of Hours (1998). Guest Otte/"HO" is then smilingly invited by Cage/"JC" to participate in the preparation of a very special banquet intended for him. The ingredients of this feast consist, as it turns out to the general amazement, of notes to be filleted from famous scores such as Schubert's Winterreise, Schumann's Mondnacht, Wagner's Tristan, Debussy's La Fille aux cheveux de lin or Johann Sebastian Bach's Kunst der Fuge.

Initially unobserved by the cooking duo, none other than composer Erik Satie (1866-1925) descends as "ES" in slow motion via Jacob's ladder from his "eternal off-stage’’. He finds himself in Cage's "Inner Landscape Kitchen“, the shadow play area behind the paper wall screen. And this, just at the moment when “HO" presents the score of his “Book of Sounds" (1982) to »JC«. »JC« enthousiastically plays prima vista, the wonderful arpeggios of the 9th chapter from this 20th century piano master piece.

The temporarily reincarnated Maitre d'Honfleur takes up these sounds attacca, initially unnoticed by "HO" and "JC". The audience now witnesses a historical impossibility, where the arrow of time is reversed and cause and effect inverted: "ES" with LentO (2022), Ahmels' homage to Otte and Satie, develops the last of the famous four Gnossiennes (Lent, 1897) triggered by Otte's sounds. Cage and Otte would have liked it. While enjoying their tea the friends gradually become aware of the master's tangible presence. They have unwittingly performed a Satea Ceremony!

After »JC« has introduced »HO« and »ES« to each other, the host directs Satie into his kitchen, where the man who has been dead for 65 years is at first not quite able to orient himself. Reminiscent of the Magritte painting Man with Melon, Satie with the obligatory bowler hat and umbrella sits on the bench, a little embarrassed. After a short while, however, he bewitches with multi-layered shadow play acrobatics to the rapturous accompaniment played by "HO" from chapter 2 of "his" Book of Sounds. »ES« transforms the screen into an imaginary clock with the hand moving in reverse. Or into a ticking metronome. Eventually, »ES« is suggestive of a revolving spire on a Gothic cathedral, before he turns into a rotating Sufi, over whom a blizzard of notes descends. Sheer magic is created by the simplest of means!

After a prepared piano demo mentioned below "JC" and "HO" let "ES" participate in their final feast of notes. This surreal encounter reaches its indispensable and inevitable apotheosis: through the simple gesture of raising the lids of two piano benches the shadow play deftly transforms them into three pianos on which "JC", "HO" and "ES" perform their Grand Finale, the Silent Concert (Ahmels, 2021).

Lou Simard's subtly poetic staging recalls works by Canadian director Robert Lepage or the world of Samuel Beckett. Her deep understanding of the music allows her to consistently pursue visual and sonic counterparts as echoes of each other. Coincidently J-CHOES (the title of the piece generated from the initials of the three composers) is a play on the word, echoes.

The tightly condensed libretto by Simard and Ahmels contains simple onomatopoetic expressions of amazement, as well as aphorisms from Cage and Otte. Influenced by Japanese Zen they correspond perfectly to their "inner landscapes“. Delivered in best Oxford English, the inimitable Margaret Leng Tan also masters text passages in German and Portuguese.

The roles of the three pianists are appropiately cast. Margaret Leng Tan, favorite pianist of her longtime mentor Cage, presents a ravishing "JC" performing sonic gems by Schoenberg, Otte and »himself« at the piano. Joana Gama, Portugal's rising star in the piano firmament, has devoted herself to the quiet sensations of Otte's piano music which she interprets authentically in her role as »HO«. Finally J-CHOES co-writer Ingo Ahmels is a convincing Erik Satie, even in appearance! He embues the resurrected "ES" with a pinch of finely dosed extravagance.

In Simard's production the focus of the shadow play creates a lingering poetry. The silhouettes of the three protagonists use this archetypal form of cinema to show what is essential, what lies behind. As a visual blank space, shadows leave room for the viewer's imagination and synaesthetic experience. The slow motion shadow play actions correspond to the finely nuanced sound world of the piano music performed live in J-CHOES. Thus they subtly promote the simultaneous, yet independent narrative paths of the music, sounds, images, and actions laid out by the authors.

The train compartment of the sound journey through the occidental piano music served by the guests of the J-CHOES banquet undoubtedly takes place in First Class: Schoenberg's Miniatures Nos. 2 and 6 from the Six Little Piano Pieces op. 19 (1911), Cage's In a Landscape (1948), and Otte's Book of Sounds (1984) reveal their close relationship to each other and, moreover, their connection to Satie's presciently minimalist sound poetry.

An entire scene is devoted to Cage's revolutionary reinvention of the piano from the late 1940s. We witness live the preparation and transformation of the Steinway grand piano into a percussion ensemble. This magic is normally hidden from the audience and has now become visible to anyone and everyone. Ahmels' piece Be Prepared! (2021) is a duet between the tuning and adjustment sounds produced during the preparation for Cage's Sonata V by Leng Tan and Gama, and their echoes that Satie discovers in the sound-producing magic plant in Cage's kitchen. Indeed, the "Cage App" used by Ahmels' »ES« and developed by The John Cage Trust makes all the original prepared sounds available at your fingertips. Margaret Leng Tan then performs the amazing Sonata V from Cage's Sonatas and Interludes for prepared piano. Chapeau!

"The true artist does not work, rather he loves," says the J-CHOES text at a central point. In this respect, the prolonged, warm applause gave the true reward to the creative cloverleaf of Leng Tan - Gama - Ahmels - Simard for their loving devotion to the „far-fetched but indispensable music (hi)story," as the subtitle of J-CHOES reads.

The international organizations such as Goethe Institut, :dacapo:, CAAA and the John Cage Trust - knew well what they were helping to make possible: a gem of sound, spirit and pleasure, the likes of which are rarely presented so convincingly in the fast-moving culture industry. We wish the polyglot* team and their wonderful piece many more performances and international audiences.

* The piece actually is available in English, German, Portuguese, French, to be adapted to other language versions 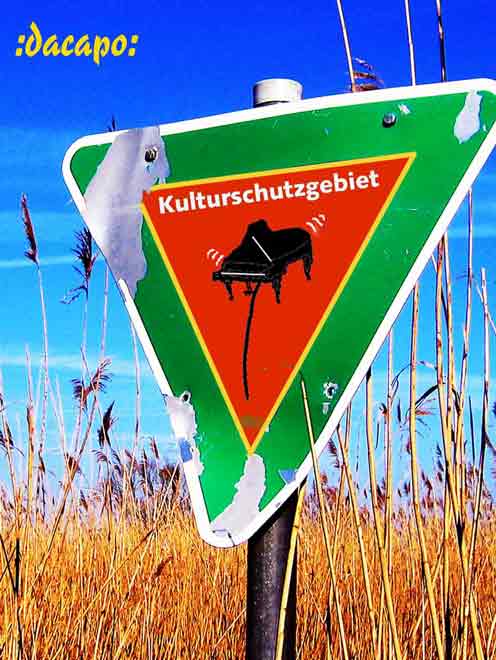